History of Aurora, ON – A Resource Guide

This guide was created by St. Andrew’s Dental Centre, a Dentist near Aurora ON, to help our patients learn more about the local area. The first step in the rise of what is now known as the city of Aurora was the order for the extension of Yonge Street by John Graves Simcoe in 1793, when he was governor. He also requested that Yonge Street be extended to Holland Landing, a small community near Aurora, what marked the beginning of urban development in the area. By 1801, a small community of 14 households had emerged.

The community was first named Machell’s Corners after a local merchant, but in 1854 the governor Charles Doan changed the name to Aurora, the Greek goddess of dawn. The same year, Toronto, the first locomotive to operate in Ontario, arrived in Aurora, thus heralding an era of prosperity related to the railroad and agricultural industry. The city became a very popular commercial and trade center.

Following the official incorporation of Aurora in 1863 as a village under the leadership of Charles Doan, the local population grew steadily and the community was labeled as the largest village in the country and one of the largest commercial centers. The population of the village reached 2,107 residents in 1888, when it became a city and a fundamental part of the greater Toronto area. 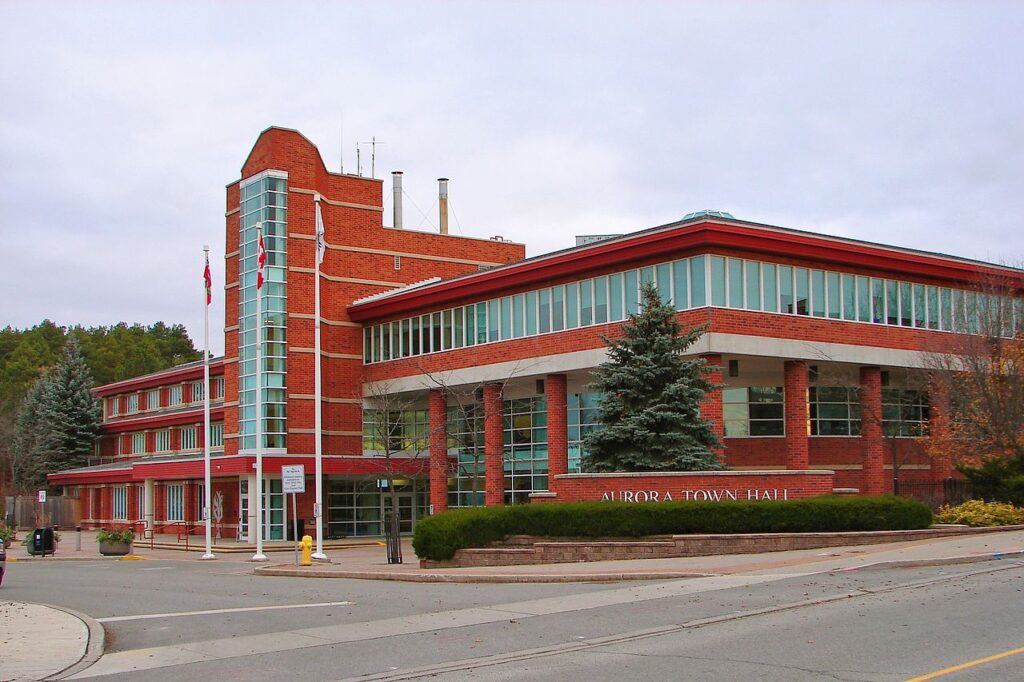 Aurora is a lovely little community located in the center of the famous York region. The city lies along the most developed region of southern Ontario, the Golden Horseshoe. With its population of around 60,000 residents, Aurora is among the 100 largest metropolitan centers of Canada. In addition, according to various reports, the city is ranked among the top 10 richest cities in the country.

Aurora is a fast-growing site located just 40 minutes from Toronto, in Ontario economic engine´s heart . The city has a diverse economy, a highly skilled workforce, excellent transportation systems and a highly evolved technological infrastructure. It can be said that it is a city that provides quality urban services immersed in a deep and sweet small-town spirit.

The municipal government offers a tax-friendly environment with affordable services and quick access to major markets. Aurora is a growing community with more than 2,000 businesses, including approximately 150 major industries and headquarters. A strong entrepreneurial spirit also thrives within the city – approximately 84 percent of businesses are small businesses employing fewer than 20 people.

The city is a great destination for shopping, holidays and vacations. Vast attractions in the region make it a top destination to visit or live in within the wider region.